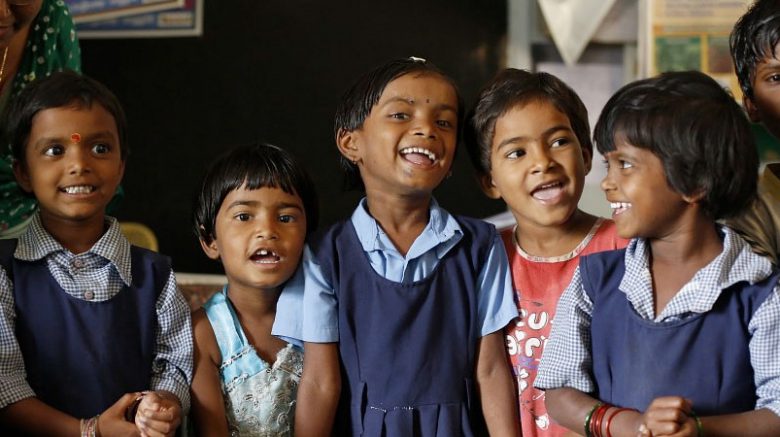 Working as a partner of Swashakti Project, Darshna facilitated formation of a SHG at Hakimpura village, 8 km from world famous tourist spot Khajuraho, on Raneh Fall road. The village has 212 families of Scheduled Castes, Backward Classes and Minorities. The group formed had 14 women – three from among SCs, two from among Minorities and the rest from among Backward Classes.

After the formation the group was named Shakti Self Help Group and Kusum Yadav, Maya Yadav and Kamlesh Chowkidar were elected as president, secretary, and treasurer respectively. The group decided to save Rs 30 every month. The account of the group was opened at Cooperative Bank, Raj Nagar Branch, on September 16, 2000. The women started meeting every Sunday at 9 a.m. and depositing their savings once in a month. The group finalised its rules and regulations, which were accepted by all the members.

Soon the group was faced with a crisis in the shape of lack of proper space for holding its meetings. After considerable debate the women decided to construct a platform and gave an application to the village sarpanch to allocate land for this. The sarpanch allocated the land near Scheduled Caste locality and after some opposition women were able to construct 12 ft wide, 23 ft long and 2 ft high platform. The group started holding its meetings on the platform.

In the meantime, regular savings and credit activities continued and women refunded money with interested in a timely manner. The internal loan was used mostly for agricultural operations, animal husbandry, grocery shop, etc. Seeing the good savings and credit track the bank sanctioned a cash and credit limit of Rs 15,000.
A health camp was organised by DPIP in the village on December 20, 2011. Medical examination of about 280 women from Hakimpura and neighbouring villages was done and most of the women had symptoms of leucorrhoea, under weight, pain in limbs, pain in waist, weakness, etc. The attending practitioner, Dr Virendra Shah, gave complete information to the women about the disease and told them that many diseases erupted because they do not go to defecate in time.

On February 8, 2002, the DPIP district manager, Ashish Gupta, PFT members, secretary of Darshna, Prabha Vidhu, and coordinator, Surya Pratap Singh Bundela, reached Hakimpura village and participated in Gram Sabha, which was attended by all the women in the village. The meeting discussed rural development works with support from DPIP and it was decided unanimously to construct toilets on priority basis in all the homes under Total Sanitation Campaign. A group of all the women was formed and named Om Parvati Samhit Samooh. Within a month 107 toilets were constructed with support from DPIP and people’s cooperation.

A meeting for cluster formation was held on the platform of Hakimpura village. The meeting was attended by women from 10 groups from Hakimpura and neighbouring villages. Apart from cluster formation, open discussion was held on other problems, among which health came out as the biggest problem. It was unanimously decided to construct health centre with support from the project. This was followed by a trip of project manager of Swashakti Project Chhatarpur, Kali Shankar Ghosh, and coordinator, Surya Pratap Singh Bundela, to the village. During this trip an estimate was made about total cost and shramdan (labour contribution) and an amount of Rs 16,500 was sanctioned.

With untiring efforts of women guided by Darshna a health centre was constructed within a year and named ‘Swashakti Health Centre’. The organisation coordinator Bundela requested the doctors stationed at Primary Health Centre Raj Nagar to give their services once in a week for free to the centre. After discussion Dr Suresh Jatav sought two days time and at the end of these two days he gave consent to examine the patients twice in a week (Sundays and Wednesdays). This information was conveyed to the women members, who were only too happy with the announcement. The women decided to levy Rs 2 as fee, which was to be used for maintenance of the health centre. The health centre was inaugurated by the Swashakti Project managing director, Kanchan Jain.

Soon women and other villagers from seven villages started flocking to the Swashakti Health Centre for their check-ups. Because of rampant poverty and employment in the area, it was witnessed that a few villagers did not have resources to purchase medicines from the market. To counter this situation, the organisation formed a ‘medicine bank’ from its own resources and project support. The ‘medicine bank’ was inaugurated on August 19, 2002, by the Minister for Cooperatives, Dr Govind Singh, Minister for Public Relations, Mr Manavendra Singh, and Chairman of Cooperative, Agriculture and Rural Banks, Mr Shankar Pratap Singh.
Women from neighbouring areas were facing considerable problems during delivery as they lacked financial resources to rush to Raj Nagar. Seeing this it was resolved to construct a delivery room near Swashakti Health Centre. The cost of construction was estimated at Rs 67,000. The Collector, Chhatarpur, sanctioned Rs 30,000 from the Integrated Population Development Project (IPD Project) and Swashakti Project sanctioned the balance. Women worked with zeal and dedication and contributed labour and the delivery room was constructed in a month. The delivery room was inaugurated by Bahadur Singh, Zilla Panchayat President, in the presence of the Collector, Chhatarpur, and Chief Executive Officer, Chhatarpur. To mark the inaugural function, a child health competition for children up to 1 year age was organised. Nearly 40 children from Hakimpura and Chitrai participated. After the competition, the collector Ramanand Shukla awarded the children.

Because of its location in the Scheduled Cates locality, there was a problem of accessibility. A resolution was passed in the Gram Sabha meeting on December 20, 2012, to get a road constructed and an estimate of Rs 65,714 was sanctioned. Of the total estimate, Rs 3,214 were contributed by the group members. A path that used to be full of patholes and mud has now been converted into a proper road with drains. This has also solved the problem of commuting.

Thus with the dedication of women belonging to Shakti Samooh run by Swashakti Project, Hakimpura village has changed its old image to an ideal village. During a fair organised in Bhopal in December 2002, women gave detailed information of their work to the Chief Minister and invited him to their village.

Seeing the zeal of the women and work of the organisation, the collector Chhatarpur has sent a semi-government letter to the Madhya Pradesh Government to accord the above mentioned health centre a status of Primary Health Centre. Also seeing the functioning of the centre, the Chief Medical Officer has deputed Dr SK Jatav and Dr Semal Rajendra Singh to give their services on Saturday and Wednesday. The Red Cross Society, Chhatarpur, has also deputed an ANM. Today Hakimpura has made giant strides in health sector.

Stories from the Field